Artist of the Week: Gail Priest 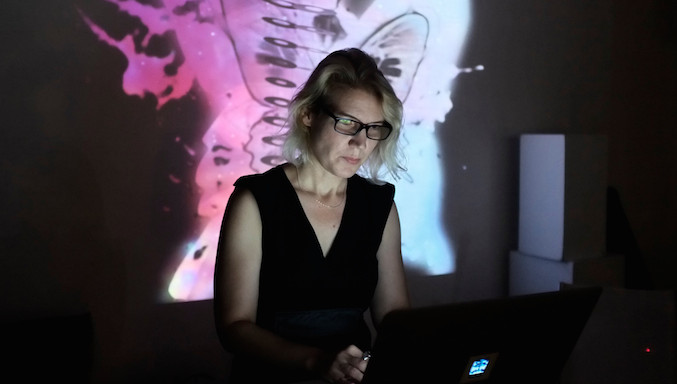 This week we’re introducing you to the first of our 2016 Sounds Unheard Experts. Gail Priest is an Australian sound artist, writer and curator based in Sydney. Gail’s multifaceted work includes electro-acoustic performance and recordings (exploring the interaction between natural and electronic sounds), sound installations, and sound design for live performance and video. Gail began performing live laptop-based music in 2002, and in her upcoming Sounds Unheard Masterclasses Gail will be demonstrating how she uses her computer to create music.

Gail has performed at festivals and events across Australia and internationally, including the Sydney Biennale, STEIM in Amsterdam, and at Kammer Klang Café Oto in London with Speak Percussion last year. She’s undertaken residencies in Japan, France and Norway, released four albums on her own label, and curates and produces sound events and exhibitions. Gail is also an accomplished writer, and wrote over 150 articles for the national contemporary arts magazine RealTime while working as their associate editor, online producer, and graphic designer.

As the 2015-2016 recipient of the Australia Council’s Emerging and Experimental Arts Fellowship, Gail is working on a major project called Sounding the Future. We often imagine what the future might look like, but in this project Gail is trying to imagine what the future might sound like. Gail has also recently created the online directory Audible Women, which lists women working in experimental music across electronic music, sound art, improvisation and noise.

Check out some of Gail’s work in her showreel below, and check the Sounds Unheard blog this Friday for the first Sounds Unheard Online Masterclass of 2016.