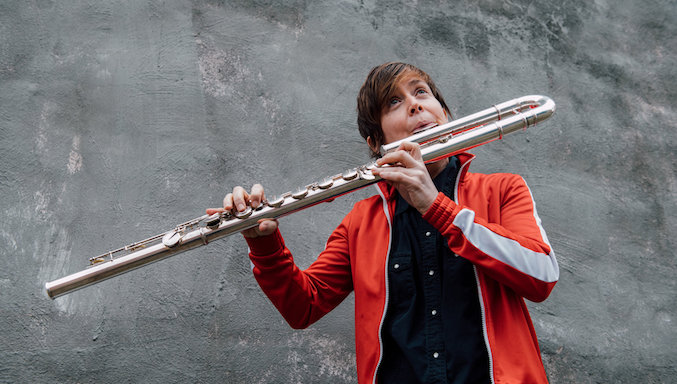 Claire Chase is a soloist, collaborative artist, curator and advocate for new and experimental music. Over the past decade she has given the world premieres of hundreds of new works for the flute in performances throughout the Americas, Europe and Asia, and she has championed new music throughout the world by building organisations, forming alliances, pioneering commissioning initiatives and supporting educational programs that reach new audiences.

In ‘Creative Play’, a four part Sounds Unheard masterclass series for secondary school musicians, Claire explores a world of sound possibilities for the flute by looking at works from Pauline Oliveros, Edgard Varèse and younger composers of the 21st century.

In this second episode, ‘Percussive Sounds’, Claire talks about the creation of her commissioning and performance project ‘Density 2036’ and introduces two of her favourite flute works: Dai Fujikura’s ‘Lila’ and Felipe Lara’s ‘Meditation and Calligraphy’. In this masterclass we explore a range of percussive sounds on the C and bass flutes, and introduce a new technique; simultaneously playing and singing into the flute, adding the sound of your voice to the sound of your instrument.

Join us on Tuesday for episode three of Claire’s ‘Creative Play’ masterclass series. For more on Claire, visit www.clairechase.net.