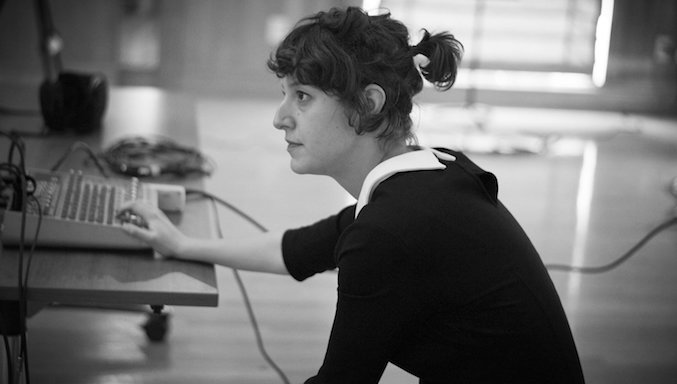 In ‘Body, Voice, Time’, a three part Sounds Unheard masterclass series for secondary school musicians, Jessie introduces us to some of her scores that ask performers to use their bodies—using precisely articulated gestures, facial expressions, and quotidian physical movements—both as an alternative and a complement to musical sounds.

In the second episode of this series, “Notation”, Jessie talks us through her approaches to writing music which includes choreographic elements. Her works “The Flower Episode” and “Piece for the Middle Seat of an Airplane” use a combination of traditional notation, home made graphics and tutorial videos to clearly communicate ideas about both sound and movement.

Jessie also invites the Sounds Unheard students to try writing their own gesture-based musical piece, using only their voice and body. Upload your video to YouTube with the hashtag #bodyvoicetimesoundsunheard if you’d like your work to be included on the Sounds Unheard website.

Join us next Wednesday for the third and final episode of Jessie’s masterclass series, where Jessie will share her top tips for performing body-focused compositions. For more information on Jessie, visit https://www.jessiemarino.com/.